What, you may wonder, do the world's only super power and the imploding nation of Zimbabwe have in common?

The answer is that they were, on October 31st, the only two nations at the United Nations to vote against a motion to begin work towards an internationally binding Arms Trade Treaty. 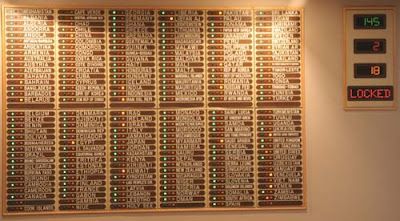 147 nations voted in favour of beginning the process of framing such a legally binding treaty. and two voted against at the General Assembly in New York City.

The Control Arms Campaign, which supports such a treaty, contains more background to this issue and why it matters that international agreement is reached in trying to limit the flow of weapons around the world. Many such arms, as a result of legal loopholes, make their way into conflict zones around the world, extending their scope and deepening their impact, particularly in Africa and Latin America.


Let's hope that the incoming adminstration seeks more positive allies than the regime of Robert Mugabe when considering its foreign policy options in the coming years.


If you enjoyed this post, get free updates by email or RSS.
Posted by Al Shaw